Putting the keyboard to rest…

It’s been a long time since I’ve been active in the Free Software world. Indeed, 2006 was a peak in my opensource involvement, with the release of the second edition of my book being the climax.

But, at the end of the year, I felt the need to live a bit less in front of my computer. So I unsubscribed from nearly all mailing-lists I was subscribed to, I stopped a lot of things. I don’t know how long this will last but I realize I don’t miss too much this part of my virtual life.

When I was first contacted to beta-test Ubuntu in 2004, there was a huge need for people. That’s also why I wrote the first French FAQ about Ubuntu on my own wiki, that’s why I contributed a bit to translations then to bug triaging and other things. 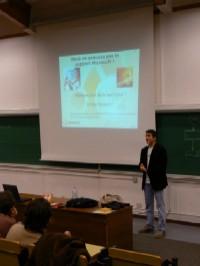 Now, the Ubuntu community is growing every day and is really huge. There are a lot of people younger than me, more talented than me, with more time on their hand and a lot more motivation. They are doing things way better I could ever do.

So, I’ll probably let my keyboard rest for a few months. This doesn’t mean I will never be connected. I will try to blog more often, I will continue to spread Ubuntu love around me and where it is needed and I will continue to make conferences if asked. The last one was in Louvain-la-Neuve, the 14th of November. I had a great time and it seems that people attending the conference too. I like that!

In all those years in the Free Software community, what I’m ashamed about:

What I’m really proud of: 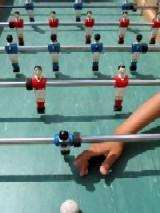 A few days ago, I switched completely my neighbours from Windows to Ubuntu. I explained them some things, the day after I had to solve some simple problems then, this week-end, I noticed that they were very happy, discovering youtube, emailing friends in other countries. They invited me for a dinner in a restaurant and we had a nice time playing table soccer[2] for hours.

Yes, Ubuntu is also about having great times in real life. I wish you a lot of those moments for 2007…

[1] it seems that we both share a passion for tea