The signals and threads flying circus

Disclaimer : if you don’t program in python and don’t know what a thread is, you probably want to skip this post as this is highly technically geekish loghorea which is not funny or even understandable in a remotely perverse way. Knowing some Flying Circus episodes might also help.

Say that you have two thread in your python application. One is « TV_speaker » and the other is « knight ». Those two threads live in parallel their own live and all is good. But sometimes you want the « TV_speaker » to stop. In order to do that, you will ask the knight to throw a chicken at him. And the first thing that comes to mind is using a « signal ».

You cant to call knight.send(« chicken ») and that, on the other side, tv_speaker.connect(« chicken ») handles things correctly.

Problem : using google, you find that, since 2.6, the python documentation is barely readable and unusable.

Hopefully, you find your way back to the good old and well organized 2.5 documentation only to discover that those signals are UNIX signals and have nothing in common with signals you can use in a GTK application.

You seat down, cry and wait that a giant foot quickly stops your pain. 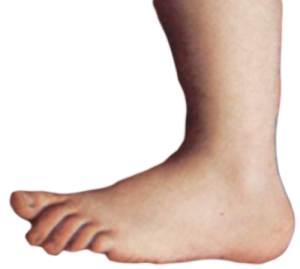 Nobody expects the GObject introspection !

There’s hope : GObject signals are just what you want. It’s really simple : your signal sender (the knight) should be a subclass of gobject.GObject and that’s nearly all. Well, you also have to define your signal with some obscure GObject terminology but copy/paste works well.

print "And now for something completely %s" %param2

As you can see, the « do » function is called for each signal, one after the other. This works even if the knight is in another thread !

And what if you don’t have a direct reference to the sender ? Your knight is not able to throw the chicken itself. Instead, Chapman will take the chicken from the knight and throw it at the tv_speaker.

All you have to do is to implement the « connect » method in chapman.

And now with threads

But what if you want to launch an action as soon as the signal is received without waiting for its result ? That’s when you want to use threads.

Modify the do() function of the tv_speaker :

Now, the output is the following, illustrating that signals are handled in parallel :

And now for something completely different

print "And now for something completely %s" %param

print "We don't need you today"

print "And now for something completely %s" %param

print "We don't need you today"